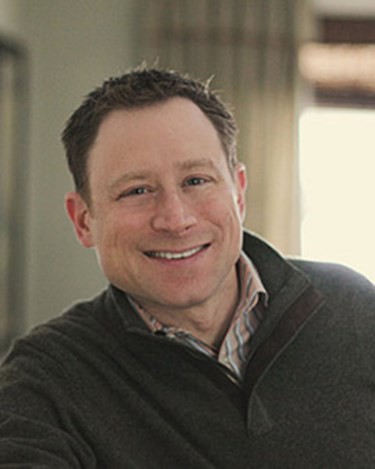 By Dave Revsine, former Rotary Scholar and studio host for the Big Ten Network, adapted from a presentation to the Rotary Club of Deerfield, Illinois, USA

A year in Ireland as a Rotary Scholar changed my life. It is something I still think about every day. It altered my life trajectory, and allowed me to see the world in a different way. I was entering my senior year at Northwestern University in Evanston, Illinois, and trying to figure out what to do with my life, when a good friend of my dad’s, a professor at Rice University, set up a lunch to talk about my career aspirations. As a history major, I had good grades, was starting an LSAT review course, and figured I’d probably end up going to law school. But I wasn’t excited about it. Through a series of questions, he learned I had a desire to study abroad, though I had never wanted to miss a year on campus. He let me know I could still qualify for what was then called a Rotary Foundation Ambassadorial Scholarship.

It sounded like an incredible opportunity, so I called my high school principal who was active with the Northbrook Rotary Club, got an appointment with the district’s interview committee, and four or five days later was delighted to learn I was selected! Time to think I spent my scholarship year at Trinity College in Dublin, Ireland. I’d like to say that my life was dedicated to scholarship in that year, but that wouldn’t be truthful. But it was dedicated to getting to know my host country, going to Rotary clubs in tiny places in Ireland, and seeing a way of life that was so different from the one I was accustomed to. That year allowed me to step back and think about what I really wanted to do. It made me realize I didn’t have to have all the answers at the age of 22.

As a student, I had worked for the radio station at Northwestern calling Wildcat games, and what I really wanted to be was a sports caster. But I had felt the path too difficult or uncertain. During my time in Ireland, I said to myself, what difference does it make? I could be 25 or 26 and figure out what to do with my life, if it didn’t work out. When I got back to the U.S., I tried to get in on some sports casting stuff and wasn’t able to at first.

I ended up getting a job at a large bank training to work in corporate finance. It was the most miserable year in my life. But it pushed me further in the direction of giving a try to what I really wanted to do. Breaking into sportscasting Through a high school friend, I got a job at a small market television station in Texas covering high school sports as the weekend sports anchor at the CBS affiliate. After two years, I got a job in the Quad Cities in Iowa. Then ESPN hired me as one of the first studio hosts for ESPNEWS, a network they had just launched. I spent the better part of a decade moving up through the ranks hosting various programs.

In 2007, the Big Ten Network contacted me and asked if I had interest being their lead studio host to launch this new network. We are going on our tenth year and I’ve had opportunities to cover some amazing sporting events. I also wrote a New York Times bestseller, The Opening Kickoff: The Tumultuous Birth of a Football Nation. So I just want to say thank you, Rotary. Were it not for you, I wouldn’t have had these chances. When people think of Rotary, they mostly think of all the great things in the world you have done, from fighting to eradicate polio to advocating for literacy. But I say, thank you for altering my life, too. I am forever grateful.

Posted in Recent Posts
← Rosanna’s $US10,000 donation raises $US108,300 to Provide Toilets for Indian SchoolsHampers for Alice House West Heidelberg →