The atmosphere evoked by PP Noel Sturgeon from Heidelberg with his pith helmet and summer Victorian (the Queen!) attire which warmed the hearts of all Anglo-Saxon Monarchists present in the “Hat” competition. Alas, the sun did set and Noel did not attract the judicious eye of Judge Peter Little whose preference was more clearly attracted to the republican influences of the Bundoora Rotary Club. Then again, there were 16 guests from Bundoora which entitled them to some recognition and no one had ever suggested that “fairness” was a criterion in the decision-making process. However winner for the night was Glenda Coswello-McCracken in her witches hat. No broom to be seen anywhere.

Nevertheless, the 43 guests at the Annual hat night were presented with good fare, talented speakers and a good night. Guests from Heidelberg and Bundoora Clubs added to the night and it was great to welcome Joy Opie and daughter Rebecca back into the fold. Our special guest and Speaker on the night was Rosemary Freeman from the Moreland Club and District 9790 Australian Rotary Health representative. Our Chairman on the night was PP Neil Watt who was deputizing for President Gail who was pulling the strings from the sidelines as a skilled marionette but, alas, had no voice. 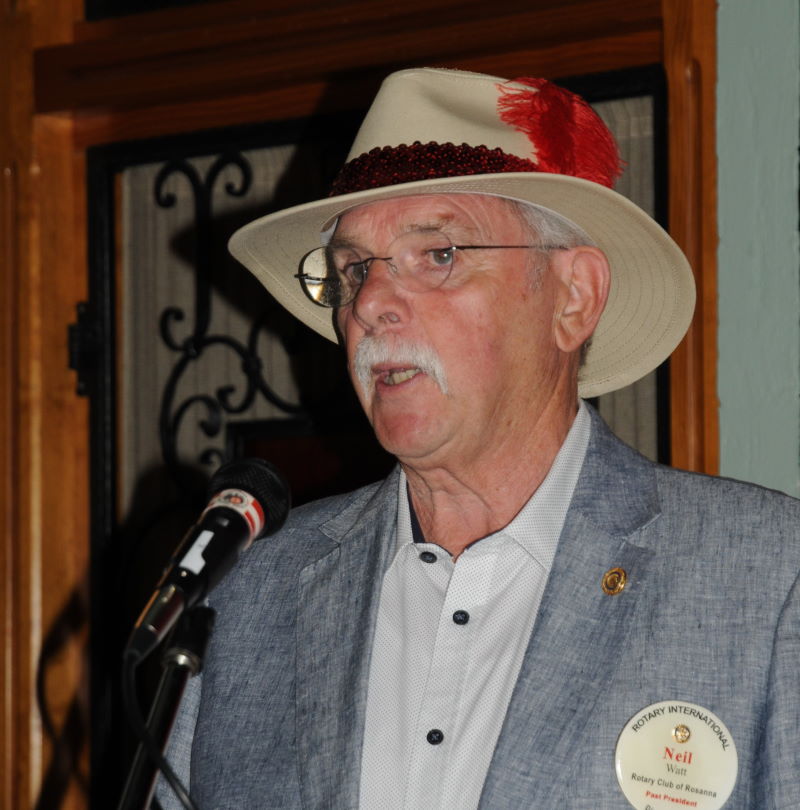 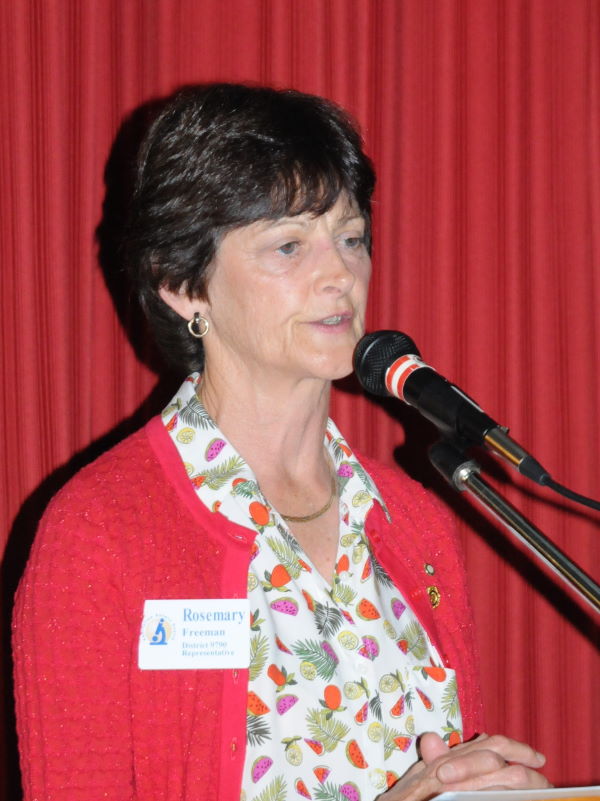 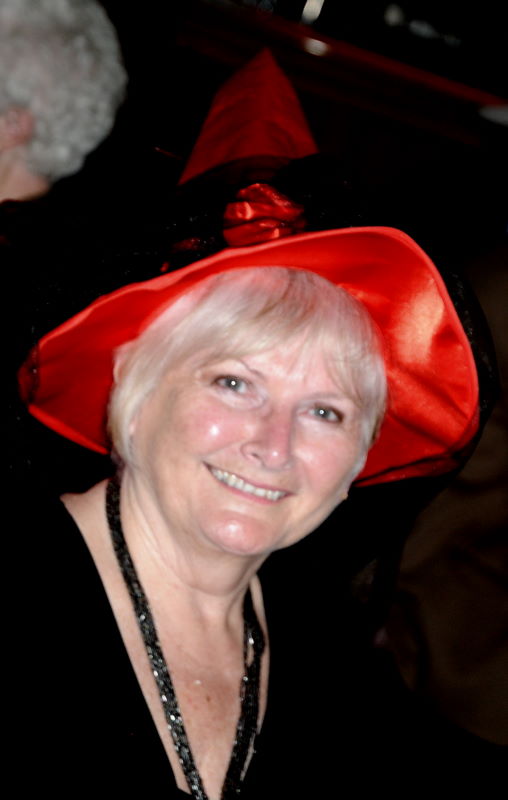 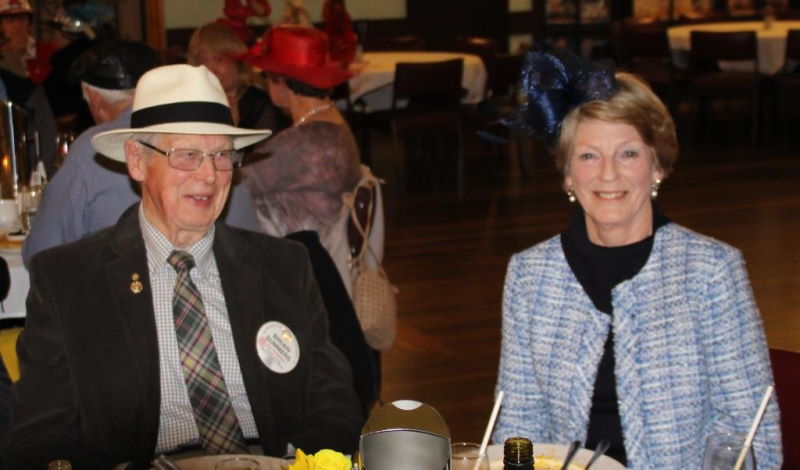 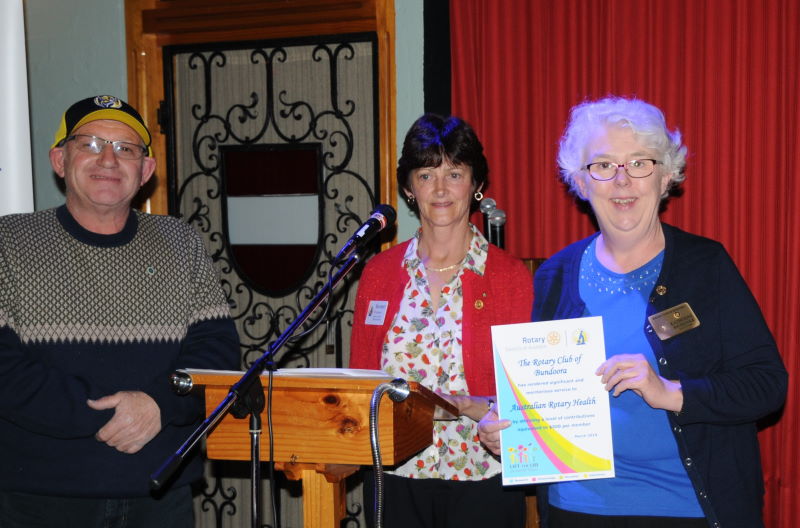 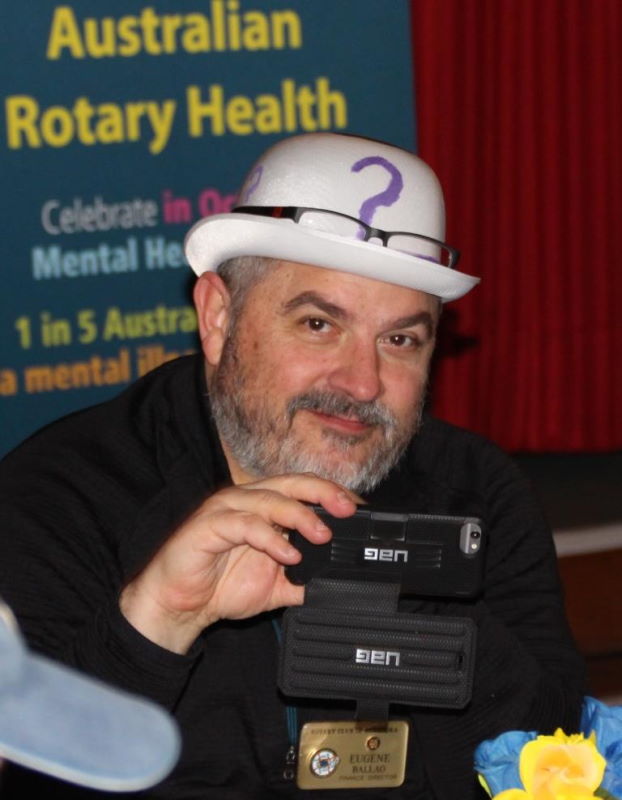 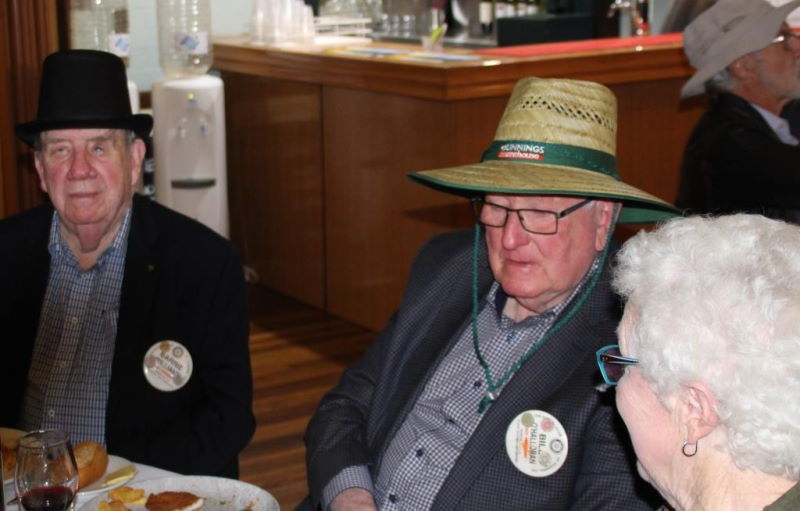 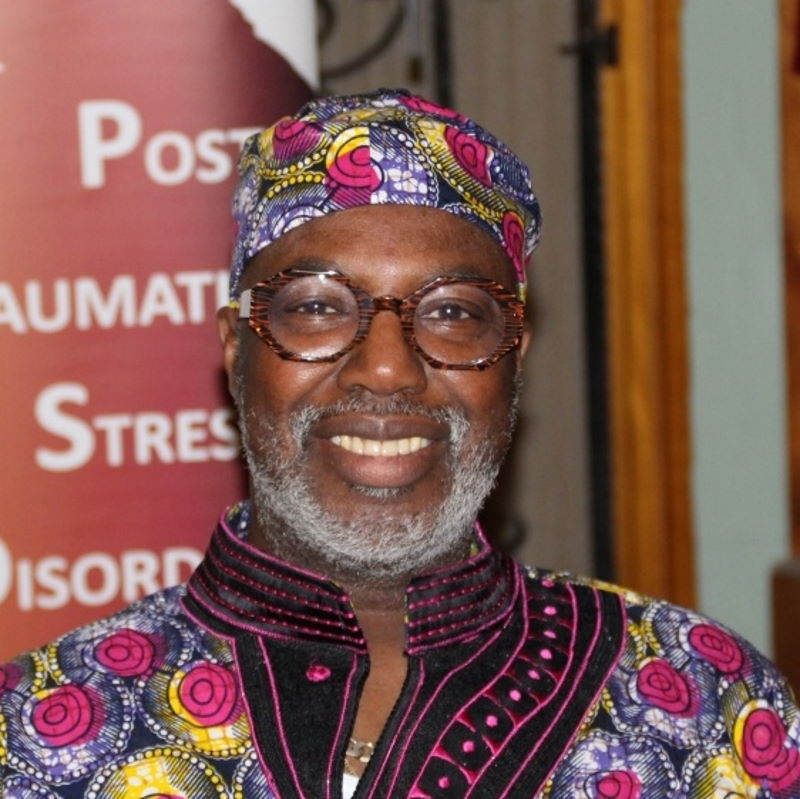 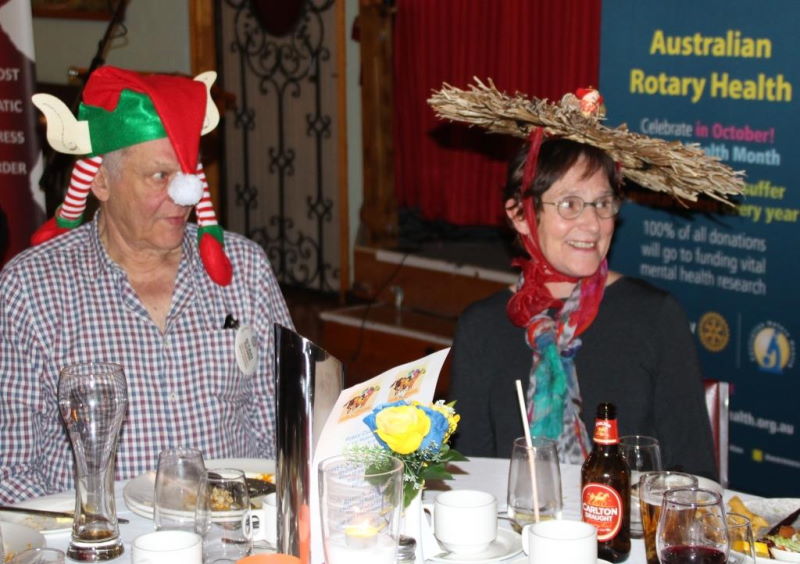 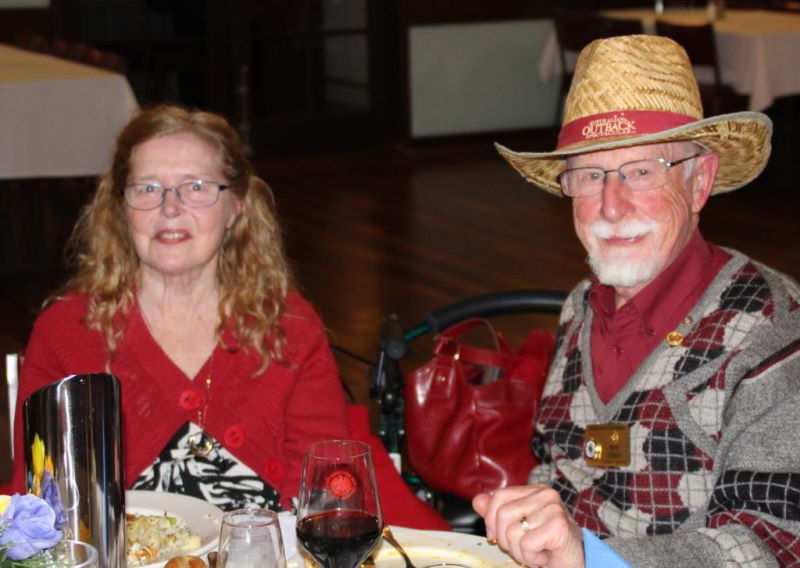 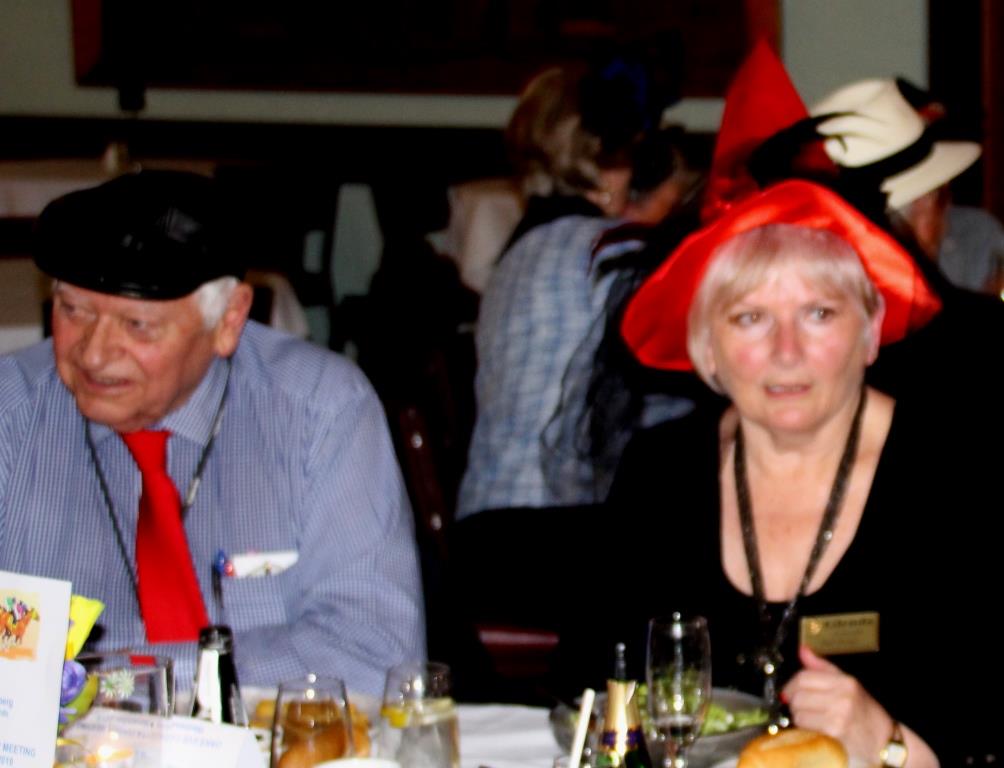 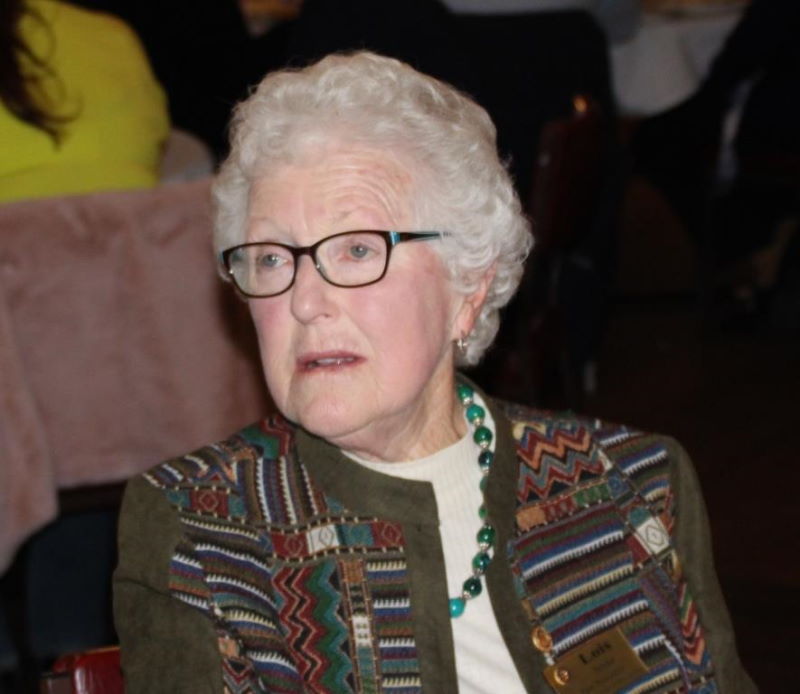 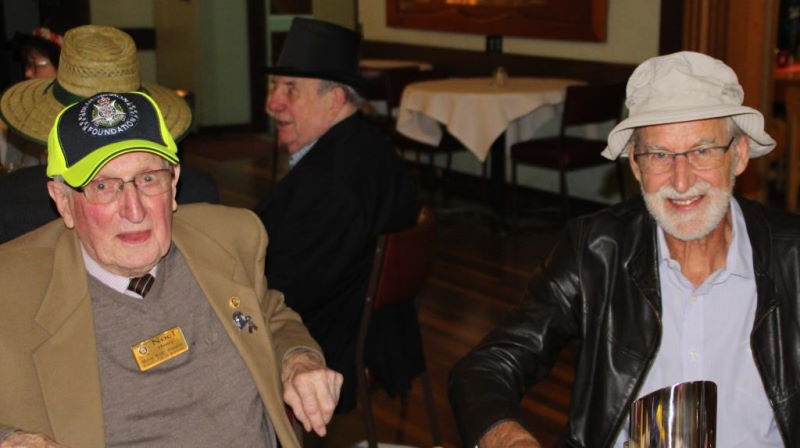 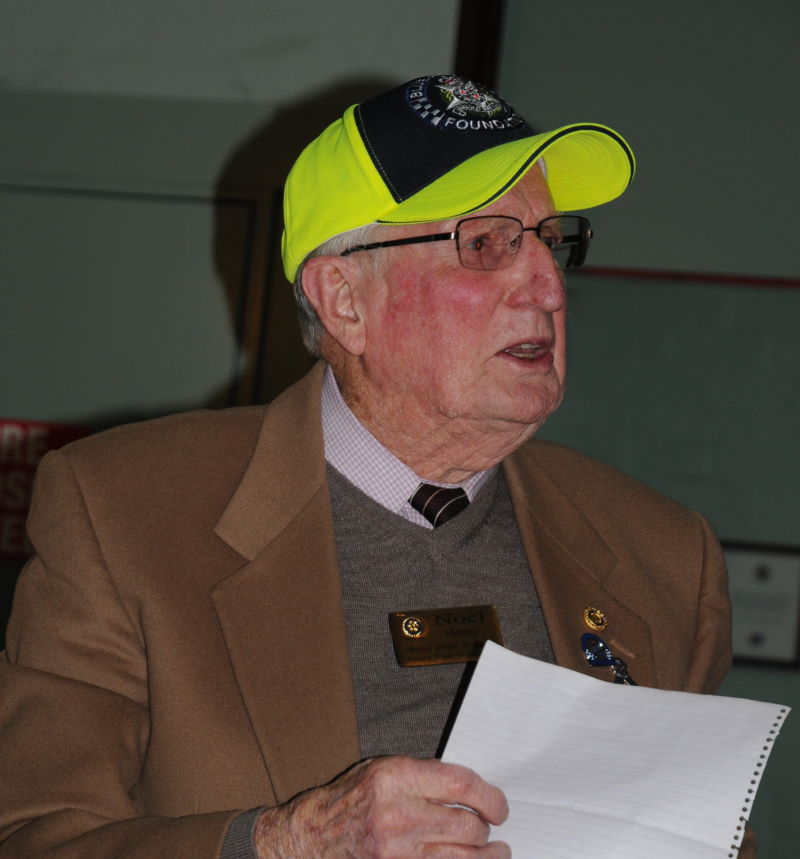 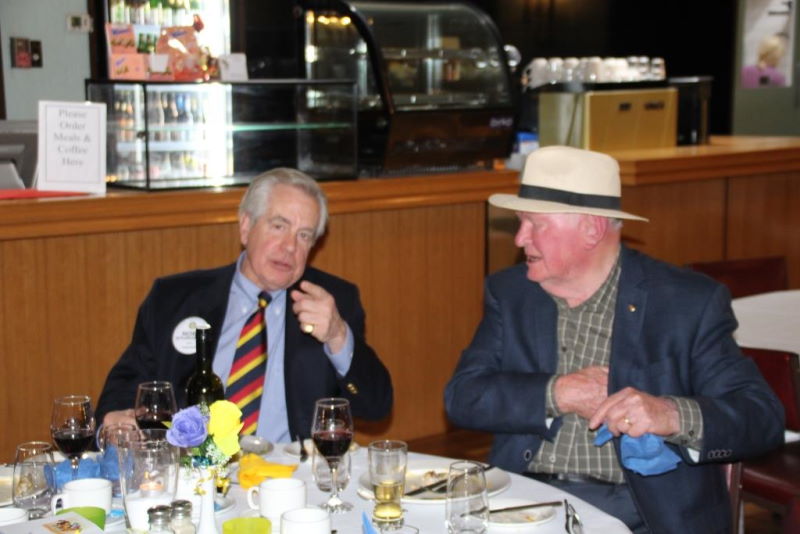 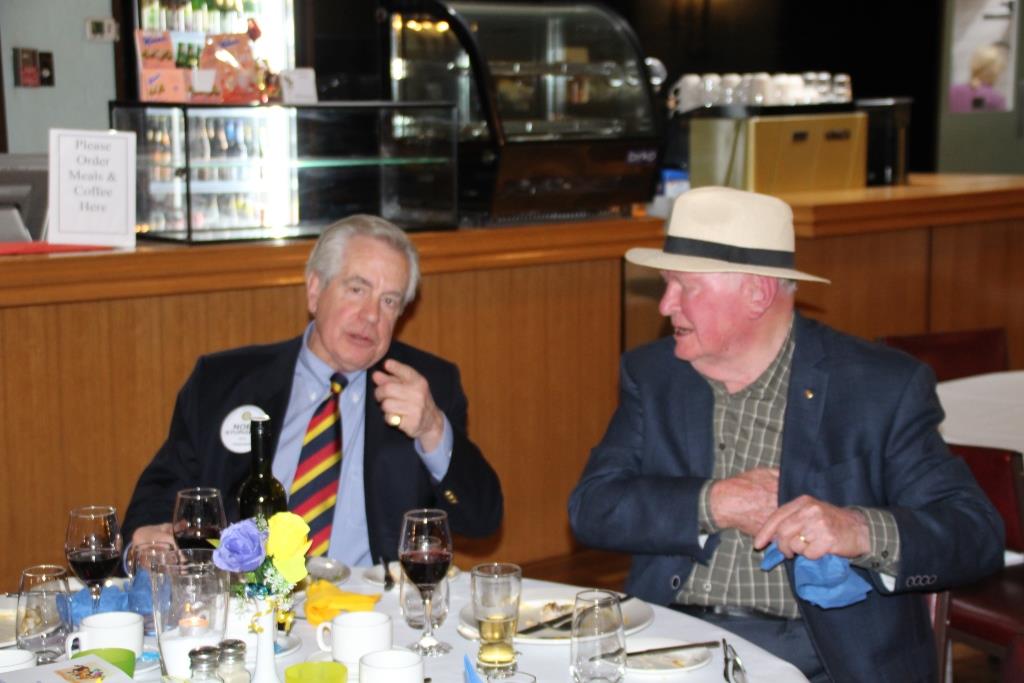 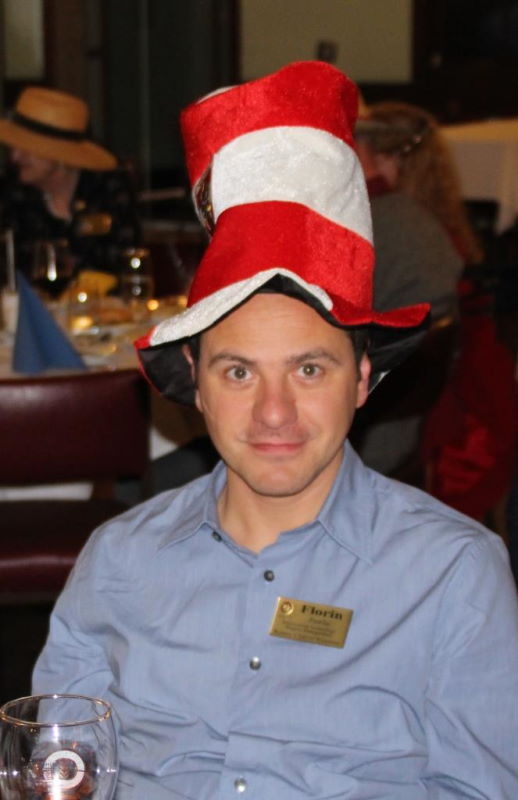 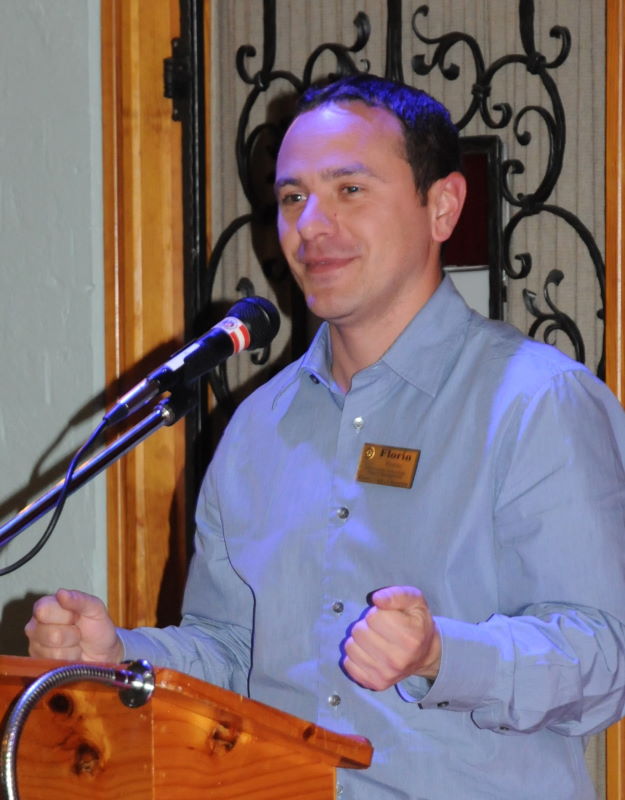 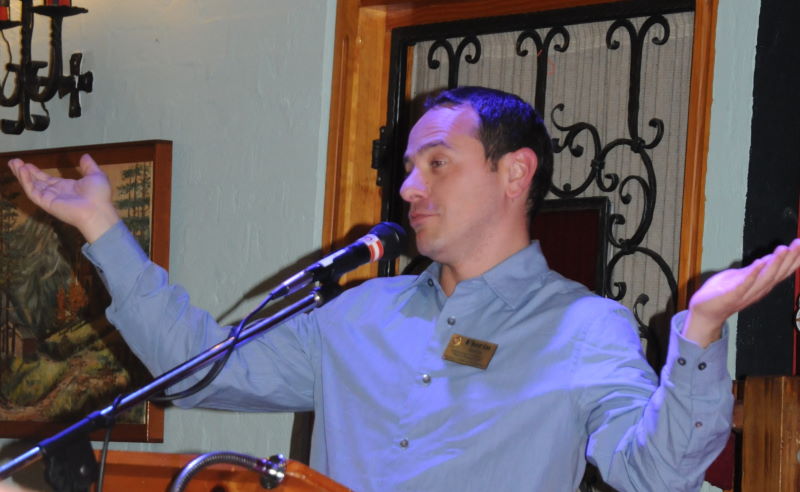 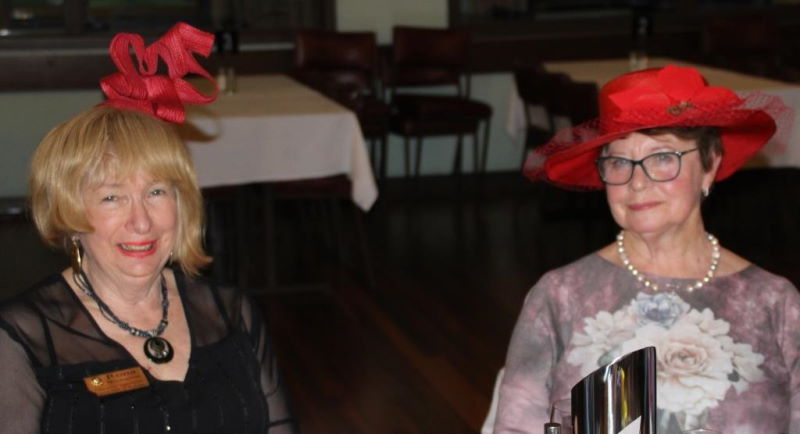 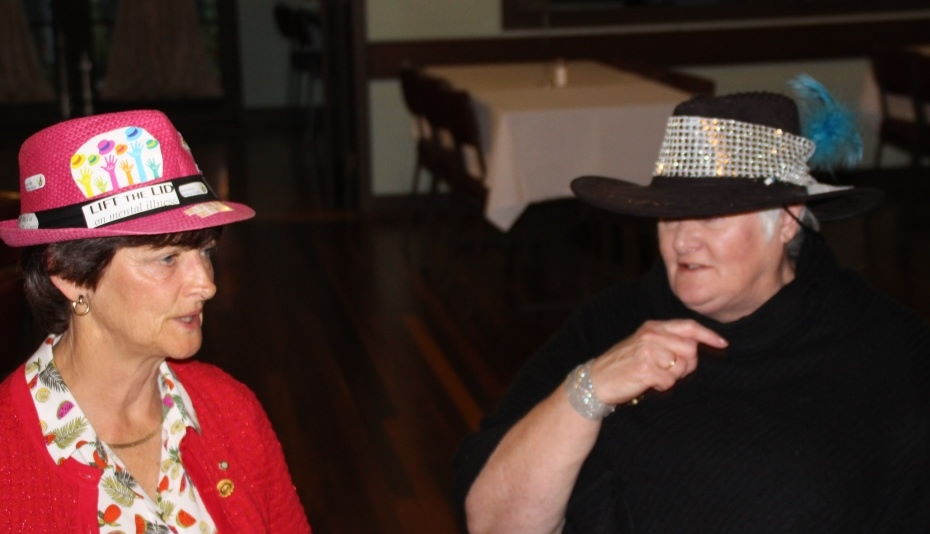 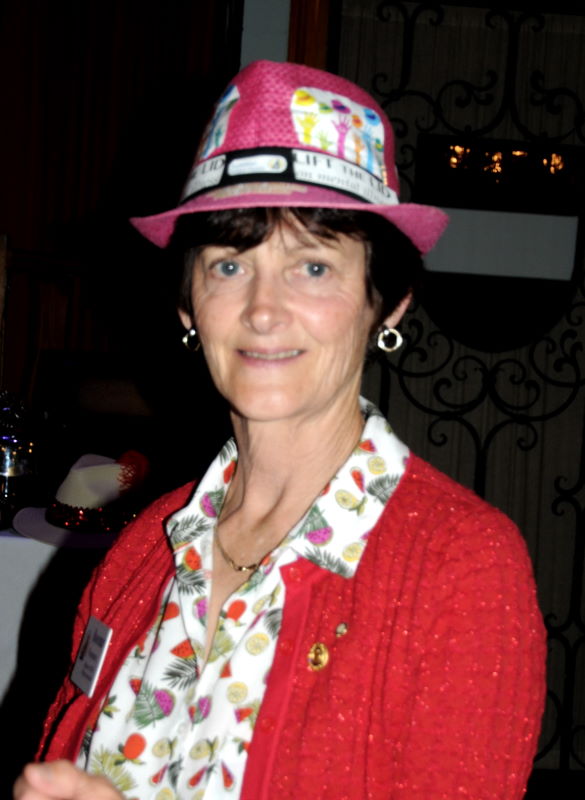 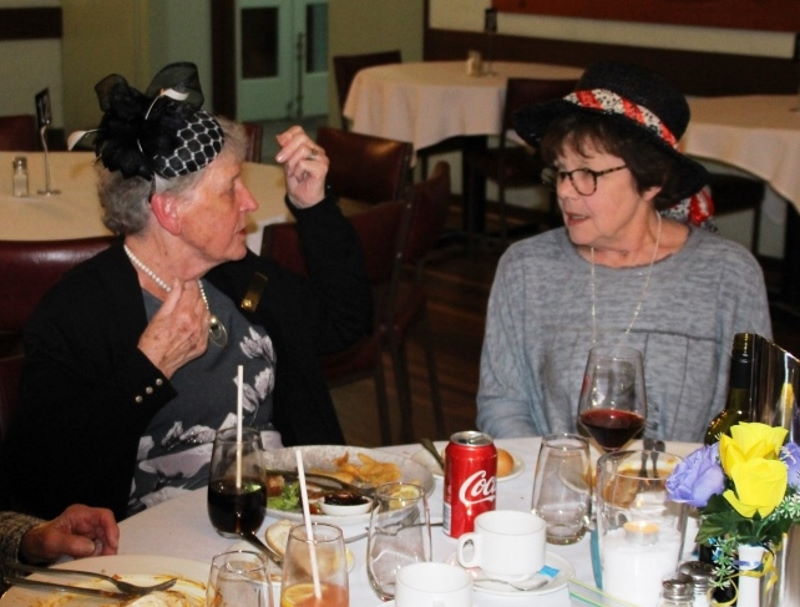 PP Neil introduced our Speaker, Rosemary, who spoke on the history of ARH and its place today. Like so many great organizations, it all started with one Rotarian, Ian Scott from Mornington, in the 1980’s who pioneered research into SIDS (Sudden Death Infant Syndrome) which was recognized as an insidious condition affecting young families for which there appeared to be no answer. Seed funding for research was raised and those efforts helped with some of the answers.

From 2000, the focus has been on mental health in general and children in particular. The high incidence of mental health related conditions is now recognised and ongoing research is aimed at further recognition and treatment within society. 2013 saw the establishment of a partnership between ARH, Rotary Clubs and the Returned Services League with emphasis on PTSD (Post Traumatic Stress Disorder).

Over its life, $45 Million had been contributed to ARH of which $40 Million had been directed to mental health issues. The Indigenous Health program was established in 2016 and 254 students had been assisted over the years. 80 scholars have been located in Australia of which 4 are in District 9790.

A presentation was made by Rosemary to the Bundoora Club on behalf of ARH in recognition of its status as a Club where donations in excess of $500.00 were received from each member. A vote of thanks was provided by PP Neil as Chairman.

Sergeant Florin valiantly did his best to explain the idea of “Happy Dollars” to the cognoscenti present and had even less success in explaining “two-up”. However, Stan had good news on recent scans, Glenda got a great refund from BT Funds and Bill O’Halloran was happy to report that the derailed tram was back on the tracks in Cotham Road.