Our speaker last week was one of our own, and Peter Little presented to an overflowing room a review of our Club’s longest running current project –  Taman Permata Hati (Bali Orphan Day Centre) – a RAWCS Rotary Australia World Community Service) project since 2009 and still an open current project. 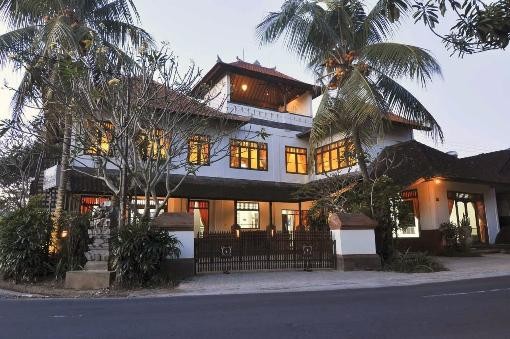 Peter and Ruth’s involvement with this charity began in2002. They were regular visitors to Bali to see their Best Man, John, who had moved there in 1997, settling in the little village of Nyuh Kuning near Ubud. There they met Kadek Suambara who had founded the “Orphan Club”. Kadek’s best friend had drowned in the local river leaving a wife and two young children with no means of support. Kadek knew of other families in the area in the same situation. Such children usually could not continue at school for lack of money. Kadek had approached expatriates settling in the area to form a sponsorship group to pay the education costs of such orphaned children, enabling them to remain at home with their extended families while receiving a full education. This was the basic mission of The Orphan Club, and remains so today. Peter and Ruth immediately joined the Club, sponsoring 4 children, little imagining its future growth. 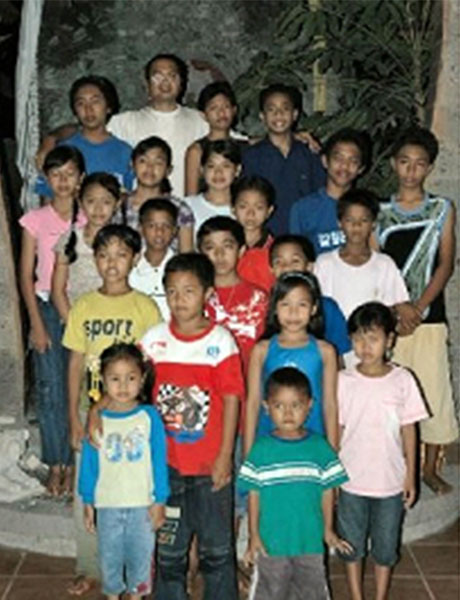 Severe economic depression followed, lasting several years. Suddenly many more children needed support to continue at school. Peter and Ruth decided to expand the Orphan Club. It worked well. It worked because the carers were not given money. School fees were paid directly to schools, books and uniforms were bought as required. The organisers knew where every dollar went, and every dollar given by the sponsors went to their children’s education. Sponsors were matched to specific children… there was no “pooling”. It was a popular model and the Orphan Club grew over the next 3 years to 20 sponsors supporting 48 children.

In 2006 the Project acquired a building, a woodcarving showroom on the main road to Ubud, donated by Kadek’s family. The showroom was doing no business so the family decided it was better used for charity. The Orphan Club was organised into an official registered charity – Yayasan “Taman Permata Hati” and assumed ownership of the property which became its headquarters. The building was mainly one large room, the showroom, in which after-school classes were started for the sponsored children – traditional dancing, art & drawing and English. The small office was equipped with a computer on which to manage the charity and several others on which to train the children. The primitive toilet was renovated into a proper bathroom and a washing machine added so the children could bring their clothes to wash during lessons rather than having to do so in the river.

In 2007 the adjoining building, a hair salon, fell vacant by bankruptcy and that property was also donated. The poor-quality building was demolished and an extension to the original building constructed containing a room for art & drawing, a small library, a teaching kitchen and a second bathroom. The building was constructed so a second floor could be added in future.

Taman Permata Hati now had a substantial headquarters and a very active after-school extended learning program. By completion of the building extension in 2008 there were 68 children under sponsorship. During this phase it was not a Rotary project but was supported by members of this Club and in particular by Ron and Val McLaughlan.

Keen that the project continue to expand, Ron McLaughlan challenged Ruth & Peter that they would make a very substantial contribution to construction of a second level on the building if the contribution could be made tax-deductable. Another prominent Rotarian philanthropist promised to match that on the same condition. Ruth & Peter investigated the possibility of creating a RAWCS project to extend the building. 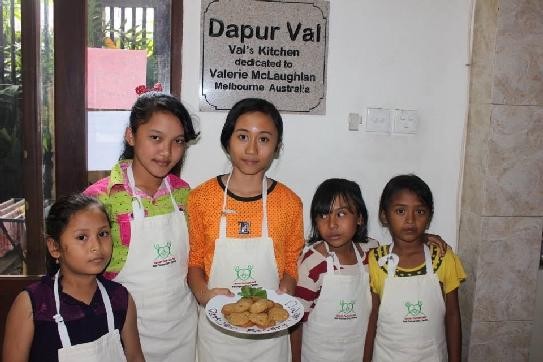 It met all the aims of a RAWCS project to benefit an overseas community. The project was proposed by RC Rosanna supported by RC Bali Seminyak and was approved – Project 53 2009-10. Active fundraising followed towards a total budget of $80,000. It took only a year.

Construction of Level II commenced in 2010 and was completed in 2011. The second level comprised a much larger library/computer centre, a “conference room” for lessons and social gatherings, a kitchenette and further toilets. The small library downstairs became the office and administration centre of the Yayasan. The completed building was impressive, beautifully built and finished under time and under budget. The architects donated their services. All local labour was used, including 16 apprentices. Many materials were donated by local manufacturers.

Fundraising continued in 2012 for furnishing and equipment. A full-time manager was engaged – Ayu Rama – herself a single mother with a primary-school son. The library was stocked with a wide range of general books to encourage reading and with reference and syllabus books that local schools lacked. New computers were bought. The conference room was equipped as planned for meetings and lessons, but rapidly found more unplanned uses as a cinema, table- tennis competition room and a music room following unanticipated gifts of instruments by drop-in donors.

In the last few years the project has continued to flourish. There are now 120 children under sponsorship. The original 18 children of the “Orphan Club” have of course all grown up and Peter related some of their stories. 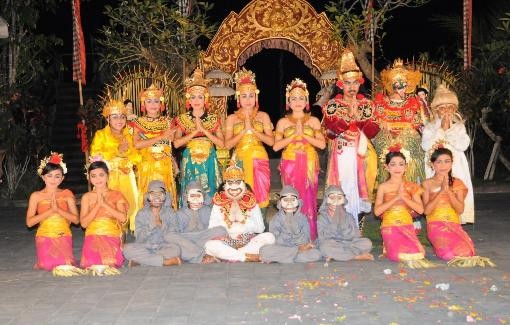 The orphaned children who are learning to dance

All continued school to Year 12 except one who left earlier to commence apprenticeship as a motor mechanic – which he completed. Two completed tertiary business college and have subsequently married. One entered University to become a teacher like his deceased father. None of these would have gone beyond primary school without sponsorship.

The project is approaching self-sufficiency. The building has itself attracted visitors in greater numbers than anticipated. Many like the sponsorship mission and management, with extended learning activities, while keeping the disadvantaged children at home with their extended families compared with a residential orphanage. Many visitors have become sponsors or donors. Members may have thought the Project was finished – but it remains open and there is a new need. Transport. Many sponsored children live some distance from the Centre and are unable to benefit from the activities because their families cannot bring them. Our Dancers and Band are also being invited to perform at various venues and public occasions, but they need transport. Resorts sometimes offer to host group outings for the children but cannot always offer transport. A Minibus is needed.

The Board of Yayasan Taman Permata Hati are confident they can run and maintain a minibus if it can be provided. They are currently raising the ongoing costs of running the Centre, but not much more. The RAWCS Secretariat has approved the addition of “Providing a Minibus” to the aims of Project 53 2009-10 so donations are tax-deductable. Ruth & Peter are fundraising again and the possibility of a District Grant towards this project will be explored.

Thanks to special guests Paul and Craig McLauglan (for hearing the story again?), who were welcomed with Bruce and Nadine Bunce, Glenda  Coswello (now a member again), Hector Davies (always welcome), and Rotary  partners.