The first interest meeting was held on 02 October 1973.

The provisional Club was formed on 30 October 1973 with subsequent weekly meetings being conducted.

The Charter of the Rotary Club of Heidelberg North was granted by Rotary International on 20 December 1973.

The Charter presentation was held on 22 February 1974 in the Great Hall of Glenn College at LaTrobe University in the presence of 31 Rotary Clubs from 4 Districts. 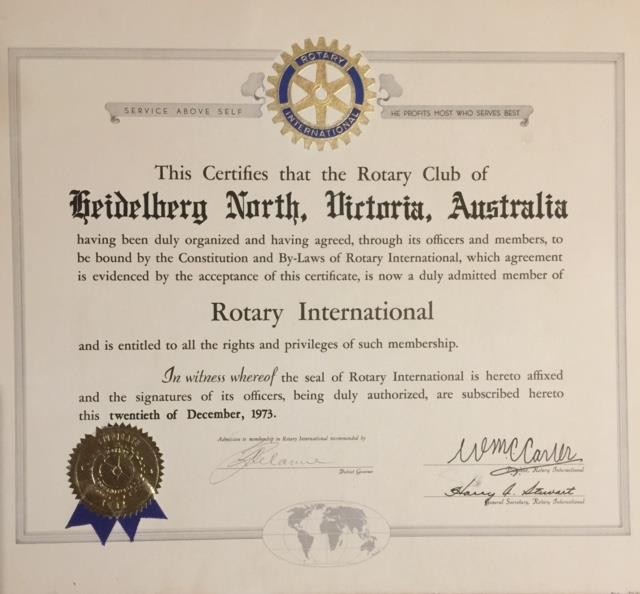 The Club banner was derived from a competition amongst local schools. 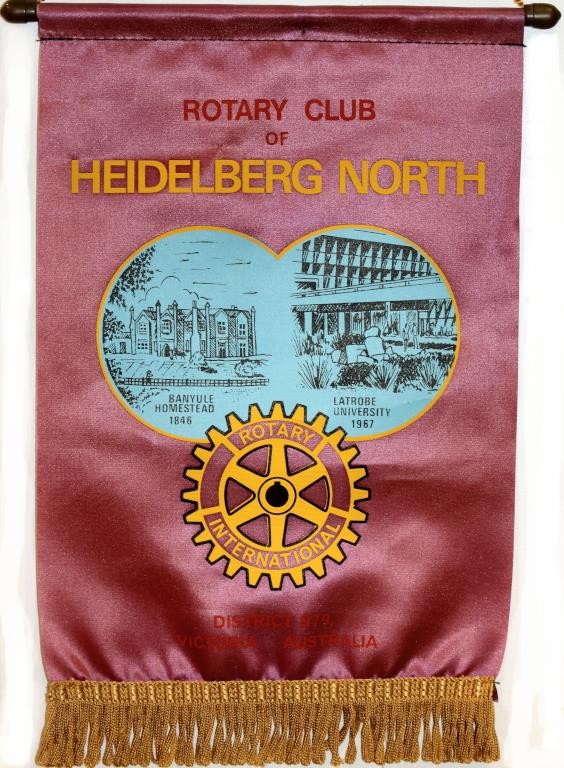 The Club’s name was officially changed to the Rotary Club of Rosanna on 29 June 1999.