PP Barrie Williams, gave members and guests a background on Ralph Ragazzon and the reasons behind the annual Ralph Ragazzon award to a St Martin de Tours Primary School student.
The recipients were Bailey Lawton and Bryan. PP Barrie highlighted that the award(s)
were not for the brightest student but, by way of a football club example, not the best and fairest but engaging club members who kicked many goals though not necessarily the top goal kicker. PP Barrie then introduced the Vice Principal of the school who was non other than his daughter Meg.

Meg gave a background on the 2 students nominated to receive the award and explained she had lobbied her father to pro- mote the idea of a dual award on this occasion. It became immediately obvious, as to the recommendation, what wonderful and caring parents Narelle and Mark Lawton were and what wonderful examples to our community at large. Meg explained that Bryan was a gifted maths student who unfortunately found himself tragically without parents and no other relatives in Australia, and because of his close friendship with Bailey, the Lawtons accepted Bryan into their family. Narelle explained it was a wonderful merger for all concerned.
PP John Pollock presented Bailey and Bryan each with a cheque for $1000, together with a pen and certificate. Bailey thanked the Club for the award on behalf of himself and Bryan. 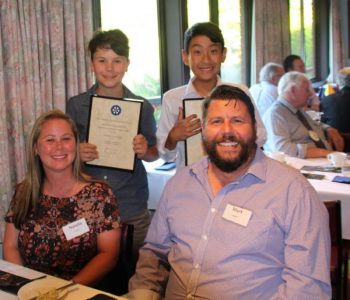 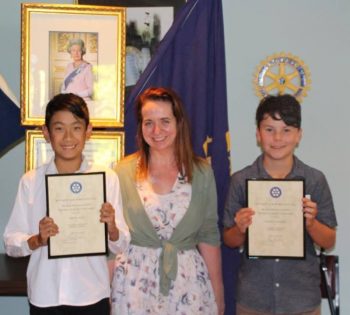 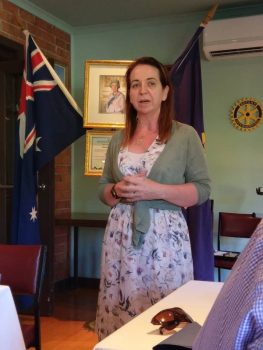