The Wonder of Rotary Leverage Using The Rotary Foundation – How RC Rosanna’s Donation of $US 10,000 (Arrow) Grows to a Total of $108,300 to Fund School Toilets. 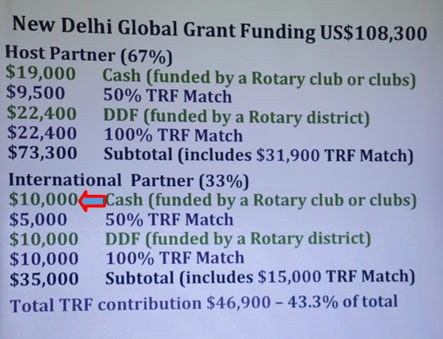 This evening the Rotary Club of Rosanna had the privilege of having three dedicated and enthusiastic Rotarians to tell us about “Operation Toilets”, the major Rotary Club of Box Hill Central Project.

Each of the Box Hill Centralians was introduced by Chairman John Pedersen who, together with our own Don Munro, has previously had attended meetings with the Project Toilet committee.

The speakers were PDG9810 Brian Martin and Rotarians Bruce McEwan and Mark Balla.

The “Operation Toilets” was initiated after a school in Mumbai was visited to find that there were only boys at school and no girls even though it was for both. It was explained to them that there were no toilets, it was ”no toilets, no girls”. Girls leave school at puberty as there were no amenities and appropriate privacy for girls of this age.

The first Project Toilet block, working with the Rotary Club of Nashik, was completed and inaugurated in 2015 at a New English school in a rural slum area just outside Nashik about 100 km from Mumbai.

A typical Project Toilet block consists of separate toilets for boys and girls, withwash basins with soap included. The girls’ toilets also provide sanitary disposal bins. Apparently soap had not been seen by many children so this encouraged better hygiene along with some indoctrination by singing “wash your hands, wash you hands”. 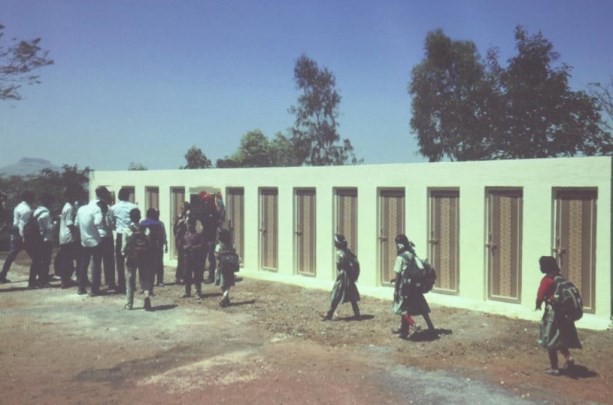 It appeared that the social change was enormous from what seemed to the average Australian just a normal everyday practice.

The next  Operation Toilets project will be for pre-school and primary school age children in Ethiopia, following the UNICEF “Wash in Schools Global Challenge”. There will be training of teachers in attendance and supervision of hygiene.

The project is estimated to cost $300,000. Money comes from Rotary Foundation, Partners in Rotary, Host Rotary Clubs, District over 3 years and a Global Grant.

The Host Rotary Club recommends at which school toilets should be built., and oversees the building and the money spent.

At all times local labour, expertise and material is used for Operation Toilet.