Roger joined The Rotary Club of Rosanna on 28/05/2005 with the classification of “Engineering Sales”. Prior to this I recall Roger telling me that he had enjoyed a good life and that he would like to “give something back”. Over his years with the club he made a great effort to do exactly that.

He was committed to all club activities, served on the board, and in 2010-2011 served as President.  In 2009 -2010 after the tragedy of Black Saturday he participated in the Clubs “Friday Fencing Team” organised by Ron Turner in conjunction with Blaze Aid, and together with other club members every Friday worked on the replacement of  fences on many farming properties that were damaged or destroyed in the fires. 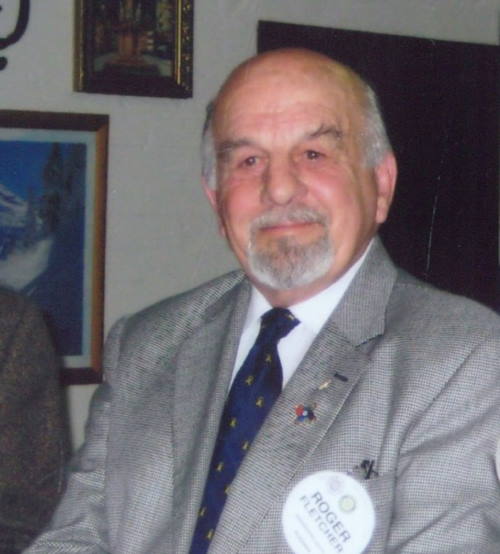 Roger was also involved in the very early days of “Second Bite” a charitable food recovery operation collecting good but unsaleable food from supermarkets etc, and distributing it to other Charitable operations feeding the needy and homeless etc.

On December 6, 2016 The Club awarded Roger a Paul Harris Fellowship in recognition of his service to the Club. Roger and his family moved to Heathcote Junction and as it was no longer feasible to continue his membership he resigned from the club. The Club in recognition for his past service made him an Honorary Member, a position he relished and continued to be involved in Club activities, particularly the monthly Bundoora Farmers Market ( a round trip in excess of 100km) right up until November 2019, when he advised that he could no longer drive.

After his resignation from the club he found other ways to support his local community, e.g.  For several years presenting a popular and successful program on local Community Radio.

Roger will be sadly missed by the club and remembered by many as a good friend, and a great Rotarian, especially in his embodiment of the principal of “Service above Self.